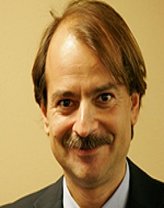 C.F Rehnborg Professor in Disease Prevention in the School
of Medicine and Professor of Health Research and Policy (Epidemiology)
and, by courtesy of Statistics

John P.A. Ioannidis (b. New York, NY, 1965) holds the C.F. Rehnborg Chair in Disease Prevention at Stanford University, and he is Professor of Medicine, and of Health Research and Policy, and Director of the Stanford Prevention Research Center at the School of Medicine; Professor of Statistics (by courtesy) at the School of Humanities and Sciences; one of the two Directors of the Meta-Research Innovation Center at Stanford; and Director of the PhD program in Epidemiology and Clinical Research. He has previously chaired the Department of Hygiene and Epidemiology at the University of Ioannina School of Medicine in Greece since 1999 (a tenured professor since 2003, on leave since 8/2010).

He is a member of the executive board of the Human Genome Epidemiology Network and Senior Advisor on Knowledge Integration at NCI/NIH and has served as President of the Society for Research Synthesis Methodology, as a member of the editorial board of many leading international journals (including PLoS Medicine, Lancet, Annals of Internal Medicine, Journal of the National Cancer Institute, AIDS, International Journal of Epidemiology, Journal of Clinical Epidemiology, Clinical Trials, Cancer Treatment Reviews, Open Medicine, and PLoS ONE, among others) and as Editor-in-Chief of the European Journal of Clinical Investigation (2010-now). He has given over 350 invited and honorary lectures, has received many awards (e.g. European Award for Excellence in Clinical Science [2007], Medal for Distinguished Service, Teachers College, Columbia University [2015]), and has been inducted in the Association of American Physicians (2009), European Academy of Cancer Sciences (2010) Americal Epidemiological Society (2015), and European Academy of Sciences and Arts (2015). Honorary titles from the Foundation for Research and Technology-

Hellas (FORTH) (2014) and University of Ioannina (2015), honorary doctorate from Erasmus University Rotterdam (2015). The PLoS Medicine paper on Why most Published Research Findings are False, has been the most-accessed article in the history of Public Library of Science (exceeding 1.5 million hits). His books Toccata for the Girl with the Burnt Face (Kedros 2012) and Variations on the Art of the Fugue and a Desparate Ricercar (Kedros 2014) (both in Greek) were shortlisted for best book of the year Anagnostis awards. The Atlantic selected Ioannidis as the Brave Thinker scientist for 2010 claiming that he may be one of the most influential scientists alive.

He has published over 800 papers and is one of the most-cited scientists worldwide according to citation databases for which rankings are available (Web of Science/Highly-Cited Researchers, Scopus, Microsoft Academic Search). His current citation rate (>1,600 new citations per month per Google Scholar, >800 new citations per month per Scopus and Web of Knowledge) places him in the 100 most-cited among all 20+ million authors publishing across science. Citation indices: h=133, m=6, hm=79 per Google Scholar (h=108 per ISI and Scopus), 68% of papers as single/first/senior author. He considers himself privileged to have learnt and to continue to learn from interactions with students and young scientists (of all ages) from all over the world and to be constantly reminded that he knows next to nothing. His work combines skills in clinical research methodology and evidence-based medicine with the challenges of current molecular medicine and genomics.